Reassurance is Futile … (Don't seek it)

Is the success of your work day based on approval? If so, author and speaker Seth Godin might nudge you in a different direction.

Godin, whose books on how ideas spread and how to be a change agent have become international bestsellers,

challenged a standing-room-only crowd of 14,000 in Boston last week to give up

the search for permission and approval from the powers that be, and to take personal responsibility for organizational success.

I was in Boston to attend the conference where he spoke, and would like to share workplace lessons from his talk in today's blog. 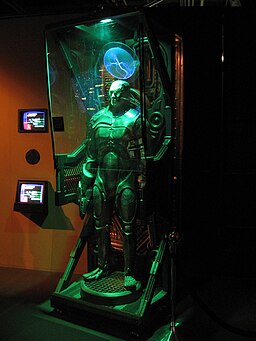 It’s a new twist on an old saw. The original was “resistance is futile,” and the phrase was first uttered in the Star Trek TV/movie franchise by the Borg, a fictional alien race that sapped the souls out of humankind and turned them into mindless zombies serving the collective mind.

“Organizations are obsessed with authority,” Godin said. “Sometimes you may not get authority, but you can take responsibility. … Reassurance is futile. It doesn’t make sense to look for it.” Then he challenged his audience to give away the credit for those personal accomplishments, even the ones that came at great risk—the test of a great leader.

Responsibility, in Godin’s view is all about stepping up to the plate—making things happen. He railed against meaningless meetings which amounted to “sitting in a circle until someone says, 'I’ll do it.'”

He encouraged his hearers to be willing to change themselves, and others impacted by their responsibility—and to do so in a manner that engenders trust, not alienation. After all, Godin reminded the people in attendance: the “new economy” is based on who can connect—on who can trust you.

Godin knows what he’s talking about. He published “Permission Marketing” in 1999, when “content marketing” was almost unheard of, and most marketers were relying on “push” types of techniques that have fallen by the wayside as buyers/consumers began to tap into the power of the internet.

Lesson 2: Don't Be Afraid to Fail

Godin’s secondary message was also challenging and empowering: Don’t be afraid to fail. "It might work, and it might not work," Godin said. "Only a fool does something brand new and says it's going to work for sure. And only a failure refuses to do something that isn't guaranteed to work."

Don’t tinker around the edges,” Godin told us. “Are you trying to make a bigger difference in the world?”

Godin pointed out that the potential for major societal change is not easily perceived. But those who see the change coming can benefit from it. He reminded us that when Gutenburg created the printing press, only 7% of the European population could read. “When Karl Benz created his car, there were no roads,” Godin said.

He encouraged us to shrug off unjust criticism by reminding us that “a laptop can connect you to a billion people. If people don’t get your joke, tell them 'It’s not for you'.”

At one point, he held up a prop—a three-foot-wide silver circle. “Be willing to be on the spot,” he laughed. “We only become qualified by doing,”

So what do you have to do?

About the Author
Barry Kroeker

Call us now to learn more